Hey, wait, wait, you’re not going to get infected by reading this article! On the contrary, you might think of this as some kind of flu vaccine for protection from this virus.

One of the biggest concerns of Modern urban people is being happy.

Although he has a lot of things, he is a man of modern times in search of constant happiness or a quest for unconscious bliss. (in order not to complify the discussion of modern, post-modern separation, I do not specifically enter this paper, I use them together. )

Can you ask yourself that question before you continue writing?

“Am I really happy?”

The pursuit of constant happiness in everyday life, even though he is in an effort to feel good when he encounters such a question, will he stop and think about the modern city man, am I really happy?!

Actually, questioning happiness is a little risky. Because if you answer; “I’m not happy” is usually behind a chronic problem. Reasons (Low level of income, health problems, unemployment, etc.) may be due to many important reasons.  But even though the main character of our writing is prosperous, the urban person who is unhappy under stress.

Even if a Modern person feels happy for a while, or acts like he’s happier, he worries about how much he can keep his happiness at this time and worry, most of the time.

In fact, I’m happy to have you on your quest, but how can I be happier?

For example, we’re a little hungry, and we want to have a good time beyond solving our hunger needs. Now, in light of the expectations we have already created, we are filling in a beautiful place with friends, with the dream of well-served food. Then we meet our friends, have a good time, complete the dinner.

Then we leave the restaurant, we don’t have the need or the demand we hear at first, we consume it, we’re satisfied enough. We are happy now, at least for a while…

But wait for a second! Now, what’s next?

What will make you happier or happier? The search begins quickly again, are you ready?

The car on the billboard when you’re out of the restaurant? Or is it the sports centre where you’ll be a member for the extra weight you need to get rid of in summer, with a feeling of light guilt after all the good food you’ve eaten?

Is it possible to increase the number of likes that you share on INSTAGRAMDA during dinner?

I’m sure you’ve already made your plans for the upcoming holidays, or haven’t you already?

Did you get those red stilettos you thought about the event the next week?

I’m sure you’ve decided which college to put your kid in?

What about those dreams, the unique, privileged living space, the extraordinary house? 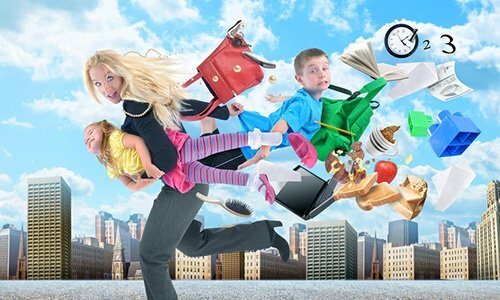 Even if you don’t, you’re facing a message bombardment, as well as a question of rain.

In your name, the latest fashion series characters, lifestyles, behavioural patterns, many images are coded into your mind without realizing it. Did you ever think about it? Your decisions, your choices, your wishes are really yours. Even if you protect yourself from this rain, the bombardment, don’t you have to adapt to your social circle this time?

How many models is your car? Do you better start thinking about your wedding anniversary already? Valentine’s Day is coming, what gift did you get for your girlfriend? What about your mother, and she won’t wait for a little gift on Mother’s Day? The parents of the other class, what did they get on the day of the teachers, your child’s neck bent? You’re probably not planning your honeymoon domestically? Haven’t you started your diet yet to look better?

Loads of time you undertake to accumulate…

When he looks around, he’ll get his attention right away, big, fat workaholic adults who succumb to burnout syndrome. What are they consuming, really, what they have, or themselves?

Do they have them after a while?

In my mind, the San Fermin bullfights Festival, held every year in the streets of Spain, is revisiting while watching the anxious, ambitious people in this hectic hustle. When you say to run after the bull, the images of people who stay and oppressed.

Do you really need this race that turns into power shows when you say you’re going to be happy?

Who is organizing this race and why do we run unconsciously in this race, where we volunteer to consume more and be happier?

Modern people spend almost all their energy in search of more happiness, depression, suicide and divorce rates are rising on the one hand. The tendency to commit the crime, the reasoned or even normal acceptance of theft, is increasing. He’s worried that he doesn’t feel safe. Business concern, future anxiety, not to keep up with the surroundings, not to be as happy as the followers of social media, neighbour, colleagues to be sort of concerns about not being…

At the point of the bride, the society, who always wants more, has invented the virus of misery while running with ambition in the race to be happy. Affluenza!

As you struggle to be happy, the stress is getting deeper into the swamp?

Where did that come from, affluenza? What’s an unhappiness virus?

Affluenza is a new socio-psychological problem, which emerged as a result of the negative effects of the consumer society and spread rapidly, as the disease of our age, is a combination of the words prosperity (affluence) and influenza (influenza).

A viral, painful, contagious, social epidemic that’s causing you to insist on more. This is the request that the infected person is trying to live in a constantly anxious mood by wasting and debt-trapped, with the desire to work more.

It is not enough, the infected person is constantly struggling with the feelings that have not been fed in the effort to adapt to the environment. The ongoing effort to keep up with it also brings the economic dependence of continuous growth. It spreads rapidly in society as a result of wasting, too much work and stress as a consequence of constantly monitoring or pursuing the American dream.

The concept of affluenza was first used in 1954, but its main location is the PBS documentary, published in 1997, and the Book of Affluenza: The All-Consuming Epidemic. He becomes a modern person who is socially overloaded with prosperity, which he can see as diseased to be exempted from the crime he committed.

In the United States, the driver is diagnosed with affluenza for the Ethan Couch, which killed four people while driving, and the defendant is not punished for his psychology. It is decided to be taken under observation in a medical institution.

According to the statements of psychologists, the reduction of self-reliance, inefficient work, loss of motivation, depression, workaholic, excessive sensitivity to external factors, waste-level consumption, such as negative results.

In a constant dissatisfaction, he is in a state of anxiety with eyes that are more than what he has because he is a man of the city. He was not aware of his presence yesterday, when he first heard about the megapixels, applications, where the newly opened that famous venue, where it does not know exactly what it does, the new boots that it takes to use in the mountains, often others consume He sees it as a necessity, he runs after him. 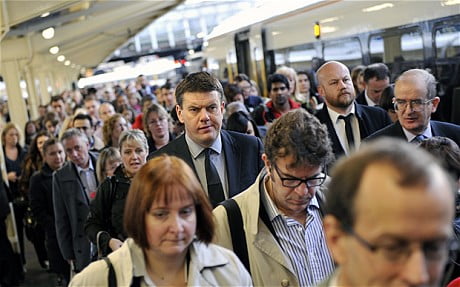 Not enough! To satisfy this need, he is forced to work continuously and more, to do what he does not want, and to volunteer to work more (!). Maybe getting along better with the boss he never liked is going to have to be closer to him. That’s what they do to their opponents. Everyone is infinitely smiling but somehow exhausted.

Like the Asian Indians in a monkey trap example; In the pre-carved coconut (also described as a vase) has been opened from the half of the hand, the inside of the apple (trap) is caught, trying to pull it out of the way. Because the rift that’s opened is just as wide as it can pass when the hand is empty, he can’t stop. If he hears his scent and doesn’t give up on that request, he can’t get his hand out. If he does, he’ll be unhappy.

If he does not get rid of this trap, he will continue to be restless and stressed under the stress of happiness, on the other hand.

What is happiness, what is not there are much contents, can be debatable?  So what do we do to be happy, you can say a lot about it.

Of course, many different titles are worth examining, such as slow life motto, Simple Life fiction, plans to live with 100 items. As a first step at this point, it’s important that you have awareness about the situation you’re in.

Then you might be able to look for the key to happiness.

Is the key really in the outside world, or is it somewhere in there?

And now again, but this time ask the opposite of the same question:

Am I really unhappy?

I can suggest the following videos on the subject:

Ps. You can participate in the discussion from my Instagram account, and convey your questions and comments. @ikayral